Here is a simple way of creating a slope map using contour data to create a vector polygon layer.

Below we have 50m contour data.

For example to calculate a slope of 10 degrees or greater using 50m contours we must calculate the maximum distance between contour lines that results in a 10 degree slope using a trigonometric equation.

In this example the maximum distance is 284 meters between the 50m contour lines.

We then halve this distance to get 142 meters and use this value to buffer the contours. Do not dissolve the buffer results as we will need to find the intersects between the buffers. 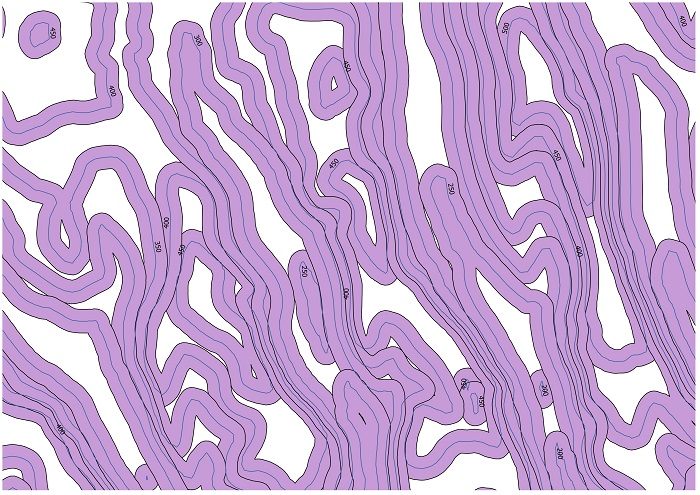 Intersect the buffers to find the overlapping areas. The intersect tool in ArcGIS can be useful for this. These overlaps will signal the contours lines that have 10 degrees or more slope between them. 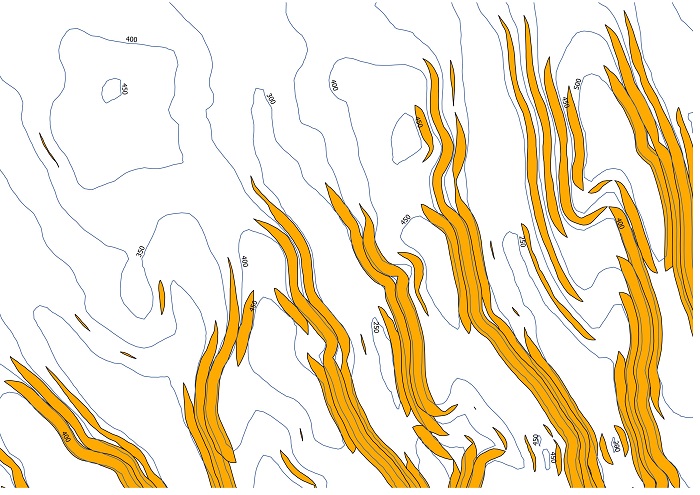 Buffering these intersects using the 142m figure that was calculated previously will extend the slope areas to the nearest contour line and beyond depending on the steepness of the slope. Dissolving this final buffer will create a single feature representing the 10 degrees and above slope. 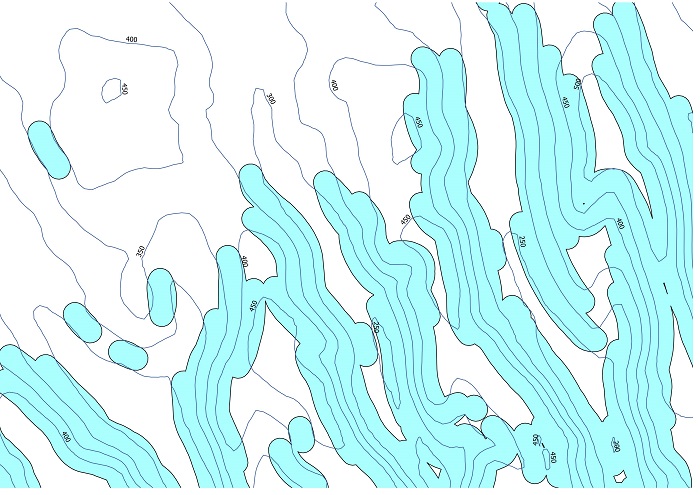 To calculate slope intervals, you would follow the same process as above with progressively higher slopes while clipping out the lower slope layer with the higher layer until you reach the largest slope interval layer.